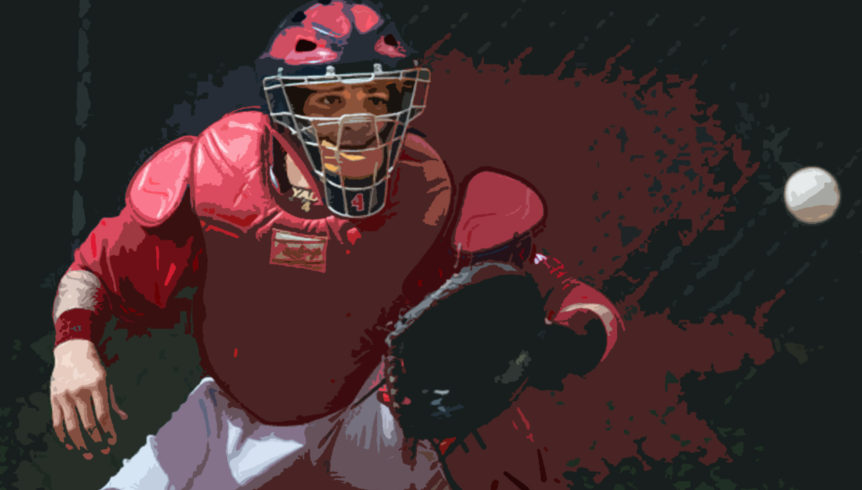 Your #1 job as a catcher is to make sure that every strike is called a strike… (Umpires have the same goal.)

In the big leagues, there are somewhere between 18-36 “stri-balls” every night. These are pitches on the edges that could be a strike or a ball. The better ball catchers get upwards of 50% of those pitches called strikes.

The pitchers who miss small and consistently throw more pitches in the strike zone get more marginal pitches called strikes (and they also get more swings at pitches out of the zone). Pitching with a fast tempo & not bitching at the umpire also helps.

The closer you catch the ball to the plate the more of a strike it is. It only has to pass over any part of the plate in the strike zone. It doesn’t have to be in the strike zone for the total time it is over the plate. We often call catchers receivers. In reality, they are “meeters” when they catch the ball up to the plate. The key is that it is done smoothly without punching at the ball. They beat the ball to the spot and catch it firmly and work from under the ball up to it.

The best guys catch the ball high in the glove between their thumb, index and middle fingers. Their glove is horizontal to the ground where they have maximum surface area to secure the pitch. They rarely catch the ball with their glove vertical. This usually happens when pitchers miss their target to the catcher’s forehand side.

More now than ever before, catchers are subtly manipulating close pitches into the strike zone. Before the new radar technology, that was frowned upon. When umpires saw your glove moving as you caught the ball, they assumed it was a ball and that you were pulling it into the strike zone. Now with the “statcast” pitch tracking radar technology, both umpires and catchers get feedback after the game as to how they graded out.

The catcher and the umpire are a team just like the pitcher and catcher are. Everyone wants to get it right. The separator is the “stri-ball.” That’s where all the aforementioned comes into play. As a catcher (especially in amateur baseball), the better job you do of keeping the ball off the umpire, the better chance you have for him to hang in and see the low ball longer & better. It is imperative for the catcher to protect the umpire by blocking every ball in the dirt. That also helps your pitcher in that he knows that he can pitch down aggressively with runners on base, knowing that you will block the ball.

The hitter is a factor in whether a pitch is called a strike or ball, albeit a small one. His physical stature & stance come into play as well as his resumè. They used to say that Ted Williams would let you know when it was a strike.