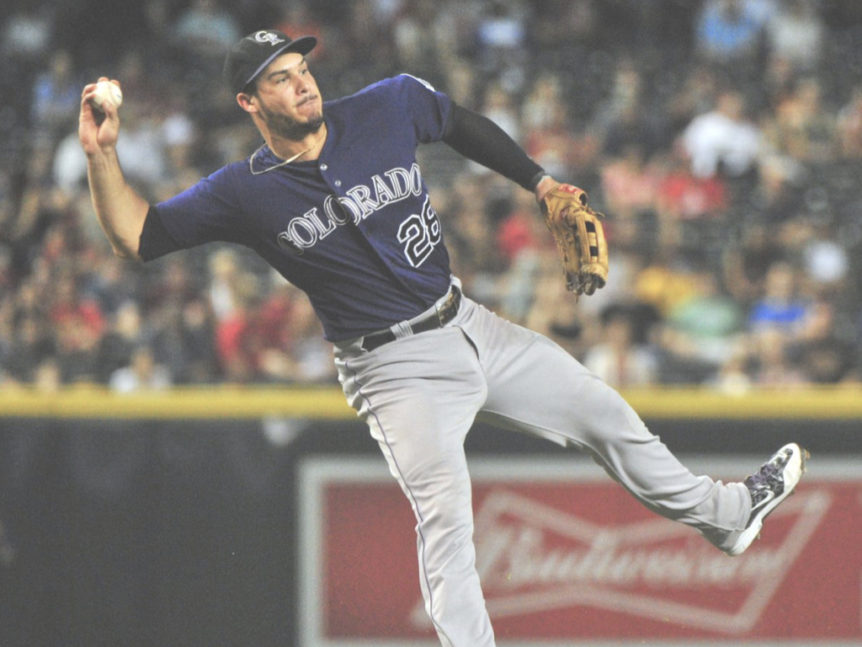 Command is the ability to throw quality strikes.

Control is the ability to throw the ball in the strike zone.

Pitchers with elite stuff have some wiggle room relative to command. Small misses in the strike zone can produce good results. The majority of pitchers don’t have the luxury of miss locating their pitches. When guys get hit, it’s usually not the pitch… It’s the quality of the pitch which relates to both control & command. The quality of the pitch is for the most part based on location & execution. Much of the time, we correct this issue with mechanical adjustments to produce a more consistent REPEATABLE delivery. We hope this helps us control & command pitches on a more consistent basis.

However, very little time is spent on making pitches without any mechanical thinking, which is how pitchers pitch best in the game. This is hard to do when the majority of your work is focused on mechanics verses just making pitches. Game focus tends to gravitate towards what you do the most. That begs the question:

Since there are so many variables, are we swimming up stream coaching mechanics to improve command? Are we better off to reverse engineering the command piece by throwing a quality pitch and then looking at the mechanics that produced that well located/commanded pitch? Do we really even have to look at the mechanics at all if the pitcher is consistently commanding his pitches by basically making point of aim adjustments? Plus, is there a really standardized set of mechanics for the fraternity of pitchers? Seems like there is a fairly wide standard deviation between pitchers and how they organize their body to locate pitches… Obviously, there are no always or never’s surrounding this issue.

In my opinion –  The best command thrower in baseball is Nolan Arenado. The majority of his throws are chest high straight to the 1st baseman. He hits his target with multiple variations relative to body position, arm slot, alignment, momentum and sequencing. Each ball requires a different set of adjustments. There are different mechanical demands for each play. He rarely if ever repeats his throwing mechanics, but he is consistently able to hit his target. He doesn’t necessarily practice each play/throw (at least not at the rep level of pitchers who throw pens and flat grounds with high rep numbers relative to a guy like Arenado). Doubt that Nolan spends much time working on his throwing mechanics. What Arenado does is he trusts his preparation and mechanical thoughts never enter into the process.

Yes, pitching is different because it’s less reaction based and you do it 100+ times a game with a preparatory movement (windup/stretch). The strike zone is more specific & demanding, and there is often a negative consequence if you miss your target by a small amount. I just think that there is a lesson to be learned by observing a great target hitter like Arenado with varied mechanics. In reality, we don’t/can’t repeat mechanics. It’s just too complex. We can’t even sign our name the same way. However, we CAN hit the same spot with DIFFERENT mechanics.

Do we totally eliminate mechanical adjustments? Absolutely not. We just have to find the “sweet spot” between mechanics & simple point of aim adjustments, and then organize any mechanical fixes in such a way that the pitcher can make them without too much conscious thought.

How can we do that?

Number one is to be Creative.

Develop a drill that forces the pitcher into a movement pattern that will address that mechanical deficiency and give the pitcher a performance goal for the drill. Then let the pitcher self-organize to accomplish the goal.

It’s not a magic, but it’s certainly worth investigating, at least for the population of pitchers we are not reaching.